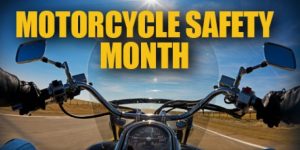 In 2015, 4,976 people died in motorcycle crashes, up 8.3 percent from 4,594 in 2014, according to the National Highway Traffic Safety Administration (NHTSA). In 2015, motorcyclists were 29 times more likely than passenger car occupants to die in a crash per vehicle mile traveled, and almost five times more likely to be injured.

(Note: statistics on fatal motorcycle crashes are also available from the Insurance Institute for Highway Safety.)

Older riders appear to sustain more serious injuries than younger riders. Researchers from Brown University cited declines in vision and reaction time, along with the larger-sized bikes that older riders favor, which tend to roll over more often, and the increased fragility among older people as the causes. The study used data on riders age 20 and over who needed emergency medical care following motorcycle crashes from 2001 to 2008. The riders were put in three groups by age: 20 to 39, 40 to 59, and 60 and over. The data showed that while injury rates were rising for all age groups, the steepest rise occurred in the 60 and over group, who were two and a half times more likely to have serious injuries than the youngest group. They were three times more likely to be admitted to the hospital. The middle and older groups were also more likely to sustain fractures, dislocations and other injuries, such as brain damage, than the youngest group. The authors published findings in the journal Injury Prevention in February 2013. The study is entitled Injury patterns and severity among motorcyclists treated in US emergency departments, 20012008: a comparison of younger and older riders.

In 2015 motorcycle riders killed in traffic crashes at night were almost three times more likely to have BAC levels of 0.08 percent or higher (42 percent) than those killed during the day (13 percent).

The reported helmet use rate for motorcycle riders with BACs at or over 0.08 percent who were killed in traffic crashes was 51 percent in 2015, compared with 65 percent for those who did not have any measurable blood alcohol.

Licensing: Twenty-seven percent of motorcycle riders who were involved in fatal crashes in 2015 were riding without a valid license, compared with 13 percent of passenger car drivers.

By Type of Motorcycle: According to a 2007 report from the Insurance Institute for Highway Safety (IIHS), riders of “super sports” motorcycles have driver death rates per 10,000 registered vehicles nearly four times higher than those for drivers of other types of motorcycles. Super sports can reach speeds of up to 190 mph. The light-weight bikes, built for racing, are modified for street use and are popular with riders under the age of 30. In 2005 these bikes registered 22.5 driver deaths per 10,000 registered vehicles, compared with 10.7 deaths for other sport models. Standards and cruisers, and touring bikes (with upright handlebars) have rates of 5.7 and 6.5, respectively, per 10,000 vehicles. In 2005 super sports accounted for 9 percent of registrations, and standards and cruisers made up 51 percent of registrations. Among fatally injured drivers, the IIHS says that drivers of super sports were the youngestwith an average age of 27. Touring motorcycle drivers were the oldest, 51 years old. Fatally injured drivers of other sports models were 34, on average; standard and cruiser drivers were 44 years old. Speeding and driver error were bigger factors in super sport and sport fatal crashes. Speed was cited in 57 percent of super sport fatal crashes in 2005 and in 46 percent for sport model riders. Speed was a factor in 27 percent of fatal crashes of cruisers and standards and 22 percent of touring models.