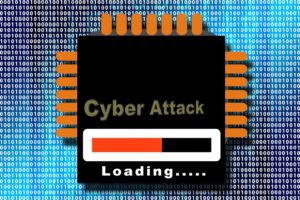 There’s a road in my town that’s widely regarded as a speed trap. We all know drivers who say they were unfairly stopped and ticketed on it. I’ve never been and, come to think of it, neither has anyone I talk to about it. Maybe it’s because we live in town and “everyone knows” about the trap.

Cyber is a relatively new, evolving risk. Insurers manage their exposures, in part, by setting coverage limits and excluding events they don’t want to insure.

Sure, people get ticketed. The road is straight and wide, and I guess some feel they should be able to drive faster than the clearly posted speed limit. Or maybe they think the “real” limit is somewhat north of the number posted.

Is that really a “speed trap”?

I think of this road when I hear people say they don’t buy cyber insurance because “everyone knows” cyber claims don’t get paid.

The example on everyone’s lips when this topic comes up is Mondelez International, the food and beverage giant hit by the NotPetya ransomware attack in 2017. Mondelez incurred losses exceeding $100 million, and its insurer denied coverage based on a war exclusion.

The irony? The policy in question covered property, not cyber. One can argue – as Mondelez does in a lawsuit – that the war exclusion is being unfairly applied, but businesses aren’t ceasing to buy property insurance on account of it!

Cyber claims data are hard to come by, but for nine years NetDiligence has published a Cyber Claims Study analyzing paid claims. The 2019 study looks at more than 2,000 such claims aggregated in over 20 ways, including types and amounts of losses, incident causes, data types exposed, business sectors affected, revenue size of claimants, and financial impact.

Verisk, whose cyber products help insurers write coverage based on their policyholders’ risk characteristics, doesn’t publish claims data but aggregates and incorporates them into its analytics.

NetDiligence publishes an annual Cyber Claims Study. Verisk aggregates and incorporates claims data into its analytics. Why do so many believe cyber claims don’t get paid?

Cyber is a relatively new, evolving risk. Insurers manage their exposures, in part, by setting coverage limits and excluding events they don’t want to insure. Indeed, in a recent survey by J.D. Power and the Insurance Information Institute, small-business owners named “too many exclusions” among the top reasons they don’t buy cyber coverage.

Claims are often denied because of exclusions policyholders might not have known about or understood. Some insurers, for example, include “failure to follow” exclusions for claims arising from inadequate security standards.

If insurers want businesses to buy cyber policies and not be hit with unpleasant surprises at claims time, they need to be aggressively transparent about what’s included and excluded. Relegating this to fine print is not a good strategy.

Brokers and agents need to educate themselves about their clients’ needs and be fastidious in aligning coverage recommendations with those needs.

And insurance buyers – those with most at stake – need to understand cyber perils and insurance. For example, insurers require a cyber hygiene self-assessment from applicants. If, after an incident, that assessment proves inaccurate – say, if encryption practices were misrepresented – coverage can be denied.

Insurance isn’t a replacement for cyber diligence. But it can complement it as part of a well-planned risk management program.