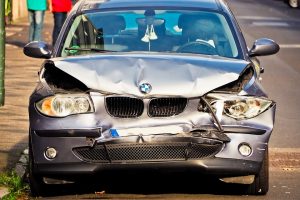 Cellphones play an integral role in our society. However, the convenience they offer must be judged against the hazards they pose. Their use contributes to the problem of inattentive driving, which also includes talking, eating, putting on make up and attending to children.

Supporters of restrictions on driving while using a cellphone say that the distractions associated with cellphone use while driving are far greater than other distractions. Conversations using a cellphone demand greater continuous concentration, which diverts the driver’s eyes from the road and his mind from driving. Opponents of cellphone restrictions say drivers should be educated about the effects of all driver distractions. They also say that existing laws that regulate driving should be more strictly enforced.

Earlier Studies: Over the past decade numerous studies have been conducted on driver inattention, in particular focusing on the use of cellphones. Below is a summary of some these studies.

Motorists who use cellphones while driving are four times as likely to get into crashes serious enough to injure themselves, according to a study of drivers in Perth, Australia, conducted by the Insurance Institute for Highway Safety. The results, published in July 2005, suggest that banning hand-held phone use will not necessarily improve safety if drivers simply switch to hand-free phones. The study found that injury crash risk didn’t vary with type of phone.

Many studies have shown that using hand-held cellphones while driving can constitute a hazardous distraction. However, the theory that hands-free sets are safer has been challenged by the findings of several studies. A study from researchers at the University of Utah, published in the summer 2006 issue of Human Factors, the quarterly journal of the Human Factors and Ergonomics Society, concludes that talking on a cellphone while driving is as dangerous as driving drunk, even if the phone is a hands-free model. An earlier study by researchers at the university found that motorists who talked on hands-free cellphones were 18 percent slower in braking and took 17 percent longer to regain the speed they lost when they braked.

A September 2004 study from the National Highway Traffic Safety Administration (NHTSA) found that drivers using hand-free cellphones had to redial calls 40 percent of the time, compared with 18 percent for drivers using hand-held sets, suggesting that hands-free sets may provide drivers with a false sense of ease.

A study released in April 2006 found that almost 80 percent of crashes and 65 percent of near-crashes involved some form of driver inattention within three seconds of the event. The study, The 100-Car Naturalistic Driving Study, conducted by the Virginia Tech Transportation Institute and the NHTSA, broke new ground. (Earlier research found that driver inattention was responsible for 25 to 30 percent of crashes.) The newer study found that the most common distraction is the use of cellphones, followed by drowsiness. However, cellphone use is far less likely to be the cause of a crash or near-miss than other distractions, according to the study. For example, while reaching for a moving object such as a falling cup increased the risk of a crash or near-crash by nine times, talking or listening on a hand-held cellphone only increased the risk by 1.3 times.

Employer and Manufacturer Liability: Although only a handful of high-profile cases have gone to court, employers are still concerned that they might be held liable for accidents caused by their employees while driving and conducting work-related conversations on cellphones. Under the doctrine of vicarious responsibility, employers may be held legally accountable for the negligent acts of employees committed in the course of employment. Employers may also be found negligent if they fail to put in place a policy for the safe use of cellphones. In response, many companies have established cellphone usage policies. Some allow employees to conduct business over the phone as long as they pull over to the side of the road or into a parking lot. Others have completely banned the use of all wireless devices.

In an article published in the June 2003 edition of the North Dakota Law Review, attorney Jordan Michael proposed a theory of cellphone manufacturer liability for auto accidents if they fail to warn users of the dangers of driving and talking on the phone at the same time. The theory holds that maker liability would be similar to the liability of employers who encourage or demand cellphone use on the road. Holding manufacturers liable would cover all persons who drive and use cellphones for personal calls. Michael notes that some car rental agencies have already placed warnings on embedded cellphones in their cars.