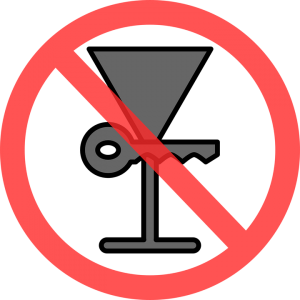 Alcohol is a major factor in traffic accidents. Based on data from the U.S. Department of Transportation, National Highway Traffic Safety Administration (NHTSA), there was an alcohol-impaired traffic fatality every 51 minutes in 2015.

The definition of drunk driving had been consistent throughout the United States until March 2017. All states and the District of Columbia defined impairment as driving with a BAC (blood alcohol concentration) at or above 0.08 percent. In addition, they all have zero tolerance laws prohibiting drivers under the age of 21 from drinking and driving. Generally the BAC limit in these cases is 0.02 percent. In March 2017, the governor of Utah signed a bill, effective December 30, 2018, that lowered the limit defining impaired driving for most drivers to 0.05 percent BAC, the lowest in the nation.

Anti-drunk-driving campaigns especially target drivers under the age of 21, repeat offenders and 21-to 34-year-olds, the age group that is responsible for more alcohol-related fatal crashes than any other. Young drivers are those least responsive to arguments against drunk driving, according to NHTSA.

To make sellers and servers of liquor more careful about to whom and how they serve drinks, 42 states and the District of Columbia have enacted laws or have case law holding commercial liquor servers legally liable for the damage, injuries and deaths a drunk driver causes. Thirty-nine states have enacted laws or have case law that permit social hosts who serve liquor to people who subsequently are involved in crashes to be held liable for any injury or death. (See chart below and Background.)