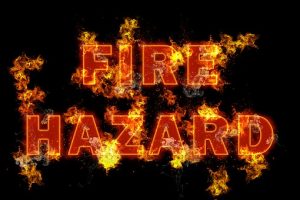 On Independence Day in a typical year, far more U.S. fires are reported than on any other day, and fireworks account for two out of five of those fires, according to the National Fire Protection Association (NFPA). Fireworks caused an estimated 17,800 reported fires, including 1,200 total structure fires, 400 vehicle fires, and 16,300 outside and other fires in 2011, according to a fireworks fact sheet from the NFPA. Key stats include:

For information about Holiday Safety and Preparedness, see our Pinterest board.

Great strides have been made in constructing fire-resistant buildings and improving fire-suppression techniques, both of which have reduced the incidence of fire. However, in terms of property losses, these advances have been somewhat offset by increases in the number of and value of buildings. In 2014, on average, a fire department responded to a fire every 24 seconds in the United States, according to the National Fire Protection Association. A structure fire occurs every 64 seconds; a residential structure fire occurs every 86 seconds and an outside property fire occurs every 52 seconds.

There are about a half million fires in structures each year, according to the National Fire Protection Association (NFPA). In 2014, 78 percent of structure fires were in residential properties and 22 percent were in non-residential structures, including storage facilities, stores and offices, and industrial properties, and public assembly. Public assembly fires include fires in eating and drinking places and other entertainment venues, houses of worship and other places where people congregate. There are approximately 7,600 structure fires in eating and drinking establishments each year, according to a NFPA report based on data between 2006 and 2010.

According to the NFPA, fires in nightclubs are among the most deadly public occupancy fires, because they contain a large number of people in one main space. In January, 2013 a deadly nightclub fire in Brazil claimed over 230 lives, making it one of the most deadly nightclub fires on record. The deadliest nightclub fire in world history was the 1903 Iroquois Theater fire in Chicago, Illinois in which 602 people were killed, followed by a 1942 Cocoanut Grove fire in Boston, Massachusetts which claimed 492 lives and a fire at the Conway’s Theater in Brooklyn, New York in 1876 which killed 285 people. The 2003 Station Fire in Rhode Island claimed 100 lives, and ranks as number eight. The complete top ten ranking is posted at NFPA: Nightclub Fires.