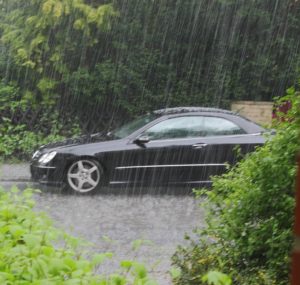 Property damage to a home, a renter’s possessions, and a business—resulting from a flood—is generally covered under FEMA’s National Flood Insurance Program (NFIP) and through some private insurers.

Private-passenger vehicles damaged or destroyed by either wind or flooding are covered under the optional comprehensive portion of an auto insurance policy. Nearly 80 percent of U.S. drivers choose to purchase comprehensive coverage.

“Superstorm Sandy, which impacted the Northeast, including New Jersey and Long Island, was the deadliest and most destructive storm of the 2012 Atlantic hurricane season, causing billions of dollars in insured losses,” said Dr. Michel Leonard, CBE, Vice President and Senior Economist, Triple-I, who also gathered the content posted at the Triple-I’s Resilience Accelerator website. “Homeowners and business owners should use flood maps to better understand their current exposure which can help determine whether their insurance is adequate.”

Most people who live in flood-prone areas of the country lack flood insurance. The average take-up rate for flood insurance—meaning the percentage of property owners who purchase these policies—stood at 15 percent nationwide, a Triple-I survey found in 2018.  In Ocean County, NJ, for example, the take-up rate in 2018 was 17.8 percent, compared to Suffolk County, Long Island, where only 6.2 percent of properties have flood insurance coverage.

Tropical Storm Fay is the sixth named storm of 2020, marking the first time six tropical cyclones have formed in the Atlantic basin so early in the calendar year.  Dr. Phil Klotzbach, a Triple-I non-resident scholar, and his atmospheric science team at Colorado State University, released an updated forecast last month which called for “well above-average” tropical cyclone activity for the balance of 2020.