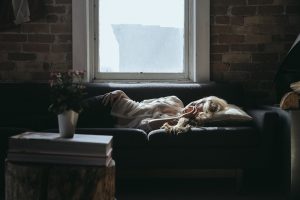 Consider these two facts: Firstly, two out of three man-made losses worldwide are due to human failure. Based on Swiss Re’s sigma research, this would mean that people trigger a loss volume of around USD 3 billion per year.

Secondly, life insurance generated premiums of USD 2.6 trillion in 2017. These two facts are linked because tired people make more errors and insomniacs are at a greater risk of dying earlier than would otherwise be the case.

The lack of sleep is associated with increased rates of heart attacks, strokes, obesity and other diseases. Sleeping less can also contribute to the development of Alzheimer’s. And recent research found that chronic sleep restriction increases risk seeking behaviour.

If these trends change the loss patterns in property and casualty or mortality rates, this could have a multi-billion dollar impact on the insurance industry in the long run.

The lack of sleep has caused some high profile accidents, the most notable in my world being a New Jersey Transit train that in 2016 crashed into Hoboken terminal because the engineer, suffering from sleep apnea, zoned out at a crucial moment. One woman died, dozens were injured.

Swiss Re posits that society, ever accelerating, robs us of ever more sleep. The less we sleep, the woozier we become. And the more errors we make. (Our bodies wear out faster too, becoming susceptible to the maladies Swiss Re mentions above.)

A good dose of resilience helps here. New York area railroads are installing (by federal mandate) positive train control systems, which automatically stop trains in any sort of peril, including that of a tired engineer. The illustration above describes how the system works.

As for my own struggles – an e-book of white text on black background, and perhaps a cup of chamomile tea.