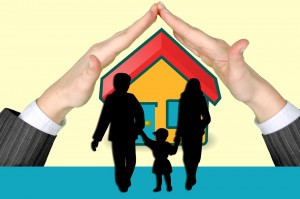 Courtesy of iii.org With blizzard conditions predicted to hit 16 Eastern states this weekend, there will be a high probability of car crashes and property damage so it’s a good time to understand what your insurance covers, according to the Insurance Information Institute (I.I.I.).

The I.I.I. offers the following information on insurance coverage:

Damage caused by flooding is not covered by either standard homeowners or renters insurance policies. Melting snow that seeps into a home from the ground up would be covered by flood insurance, which is provided by FEMA’s National Flood Insurance Program, and a few private insurers. Flood insurance is available to both homeowners and renters.

“Consumers who need to file an insurance claim should contact their insurance professional as soon as possible,” said Salvatore. “Let your agent know the extent of the damage and start to document your loss with lists, receipts or photographs. If you have a home inventory, now would also be a good time to access it.”

Information on how to prepare your home against winter-related damage can be found at the Insurance Institute for Business & Home Safety (IBHS).