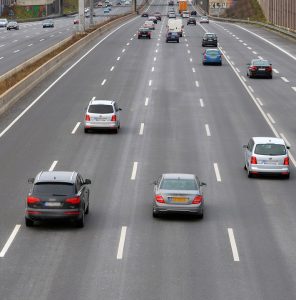 The cost and crashworthiness of vehicles as well as drivers safety habits affect the cost of auto insurance. Out of concern for public safety and to help reduce the cost of crashes, insurers support safe driving initiatives. The insurance industry is a major supporter of anti-drunk driving and seatbelt usage campaigns.

2017: Traffic fatalities were 1 percent lower in the first six months of 2017, compared with the same period in 2016, according to preliminary estimates from the National Safety Council (NSC). The organization says the decline comes after the steepest estimated two-year increase in traffic deaths since 1964. In addition, the first six months’ tally for 2017 is 8 percent higher than the same period in 2015.

2016: According to data released by the National Safety Council (NSC), in 2016 there were more than 40,000 traffic fatalities in the U.S. for the first time in 10 years. The NSC statistics show a 6 percent increase in auto crash deaths in 2016, and a 3 percent rise in the number of miles Americans drove, compared with 2015. NSC estimates that the cost of deaths, injuries and property damage attributed to crashes in 2016 totaled $432.5 billion, up 12 percent from 2015. Nearly 4.6 million people required medical treatment after crashes, an increase of 7 percent over 2015.